What is the English name for khichdi?

The dish’s name, khichdi, is derived from the Sanskrit term “khicca,” which means “rice and legumes.” It goes by several names, including khichri, kichuri, and kichadi. The most commonly used lentil is moong dal, which is the split / skinned version of green gram, also known as moong beans.

In Indian culture, it is considered one of the first solid foods that babies eat in several regions, particularly in the north. Sabudana khichri made from sago is eaten by Hindus, primarily from the north/northwest, who avoid eating grains during fasting. However, in the southern part of India, the term khichri is not widely used. While people in Tamil Nadu and Andhra Pradesh prepare Pongal, and Kannadigas prepare Huggi, which is mung dal Khichidi and Bisi bele bhath, a pigeon pea variation with vegetables. Khichri is a type of salty porridge.

Khichdi inspired Anglo-Indian kedgeree and was said to be related to Egyptian koshary, though the latter has more Italian influence.

Regional Differences Of Khichdi Within India

Both Haleem and Khichra are made with the same ingredients in the Indian subcontinent. In Haleem, the meat is cooked until it blends with the lentils, whereas in Khichra, the meat is left in cubes. Khichra is a meat dish similar to Haleem. Khichdi, on the other hand, is a vegetarian dish made with rice and pulses or lentils. The earliest mention of Khichdi can be found in the Indian epic ‘Mahabharata,’ with events taking place between the 9th and 8th centuries BCE. Draupadi is believed to have served the Pandavas Khichdi during their exile in the ‘Mahabharata.’

Afanasiy Nikitin, a Russian adventurer who travelled to the Indian subcontinent in the 15th century, described khichdi in his writings. It was very popular among the Mughals, particularly Jahangir.

Is khichdi a full meal?

To begin, it is a well-balanced meal in and of itself, with rice and lentils providing carbohydrates and protein, respectively. The combination contains ten essential amino acids, making it a complete protein.

Khichdi is the best food

Apart from calming and detoxifying the digestive system, the ingredients in khichdi boost immunity and energy. Moong dal khichdi has a low glycemic index, which helps lower insulin, blood glucose, and fat levels in the body, lowering blood sugar levels and keeping diabetes under control. When and how did khichdi become such a well-known and essential component of Indian cuisine?

Khichdi is “one of the most ancient foods in India, yet one that has hardly changed,” according to historian Mohsina Mukadam. Its name derives from the Sanskrit word khicc, which means “a dish made with rice and pulses.” The krusaranna, an early relative of khichdi with ingredients such as curd and sesame seeds, is also mentioned frequently in ancient Indian gastronomic literature.

“Munj is boiled with rice, then buttered and eaten,” wrote Ibn Batuta, a famous Moroccan traveller who visited India in the 14th century. This is known as Kishri, and it is what they eat for breakfast every day.”

The mighty Mughals fell in love with this rice-dal staple as well, and it earned a prominent place on imperial menus of mediaeval India. There are several historical references to Akbar’s fondness for khichdi. In fact, Abu Fazl’s Ain-i-Akbari mentions several versions of the imperial kitchen’s khichdi, including those with saffron, strong spices, and dry fruits.

Khichdi is a prime example of how food often reflects the history and culture of the land where it was first created. This mellow dish, essentially a fragrant potpourri of rice, lentils, and spices, can be found in kitchens all over India in various forms.

In Gujarat, khichdi is served with a lightly spiced kadhi (yoghurt-based) curry, whereas ven pongal in Tamil Nadu is liberally laced with ghee. While the Himachali version of this rice-dal medley includes kidney beans and chickpeas, Bhog’er khichuri is a staple at Durga Puja pandals in West Bengal, and it is served with a medley of leafy greens and vegetables (called lyabra). The pulao-like bhuni khichuri (studded with assorted vegetables and served with deep-fried fish) reigns supreme in the home of khaddoroshik (food-loving Bengali).

The tantalising amla khichdi was another khichdi variant that gained popularity in Uttar Pradesh (then Awadh) cuisine. The dish, which is made with rice, kali dal (split black gramme), and amla (Indian gooseberries), has become inextricably linked with the Makar Sankranti festival. In Kashmir, khichdi was traditionally offered as a sacrifice to local deities on Khetsimavas (a December festival), while locals enjoyed it (and still do) with kadam ka achaar (pickled knol khol). Two distinct-flavored dishes — balaee (made with bengal gramme, roasted coriander, and buttermilk) and Garhwali khichdi (made with urad dal, sesame seeds, and warming spices) — were being prepared in the neighbouring states of Himachal and Uttarakhand, respectively.

The Hyderabadi Nizams’ royal chefs had devised the one-of-a-kind keeme ki khichdi, a spice-laden blend of rice, lentils, and minced beef served with sour and soupy khatta down south. Karnataka’s celebrated bisi bele bhat, on the other hand, is thought to have originated in the kitchen of Mysore’s Wadiyar rulers.

Other spectacular renditions of khichdi took place in the state of Tamil Nadu in the form of ven pongal and its many equally delicious forms, such as The sugary jaggery-infused sakkarai pongal, the spicy milagu pongal, and the traditional khara pongal In Bengal, elaborate versions of traditional khichuri, such as til khichuri (made with sesame seed paste and saffron), malai bhuni kichuri (made with coconut milk and bak-tulsi variety of rice), and khejurer khichuri (made with syrup-soaked dates, nuts, and thick cream), were being perfected. However, it was the niramish khichuri — a no-onion, no-garlic recipe made of sona moong dal, gobindobhog rice, and assorted vegetables — that became one of the most prized components of Bengal’s festival cuisine, particularly during Durga Puja.

The West was also undergoing its own khichdi evolution. Delicious adaptations, such as Kathiwar’s spicy Ram khichdi (with a medley of local veggies) and Surat’s milder sola khichdi (with minced meat and fresh cream), were taking shape in Gujarat state.

Subtly spiced khichdis that replaced rice with millets or whole wheat were popular in neighbouring Rajasthan, while the tangy valachi khichdi was popular in Maharashtra (made with field beans, groundnuts and grated coconut). 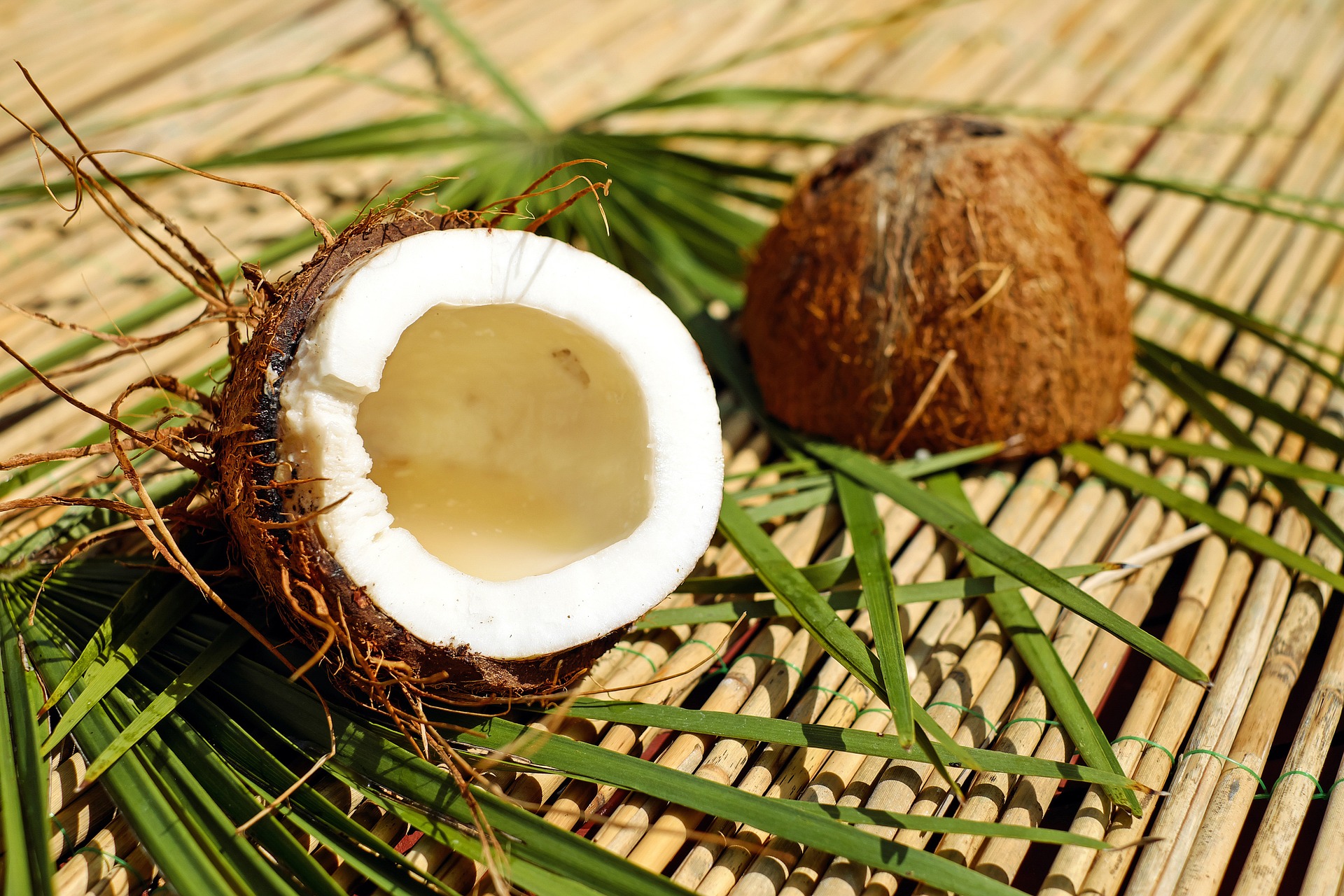 Today, with each region’s take on this classic dish, it wouldn’t be an exaggeration to call khichdi India’s version of culinary comfort. This versatile dish effortlessly lends itself to diverse occasions, from serving as a baby’s first meal and gruel for the sick to a deeply satisfying lunch on a rainy day.

Approximately 30 to 40 minutes from scratch. This article will show you how to make Mix Dal Khichdi, a tasty and healthy recipe. Mix Dal Khichdi is a very simple but tasty dish made with few spices and only basic ingredients, but the flavour is quite delicious and delightful. I’m confident it will impress your relatives and friends! Try this at home.